Skip to content
“My advice to entrepreneurs is don’t get in too big a hurry. It took me 40 plus years to build my businesses.”

The Terry Forcht Story is the story of Kentucky’s foremost entrepreneur. A man from modest beginnings in Louisville, Kentucky who built over 93 businesses, one on top of another, into what is now Forcht Group of Kentucky.

A lawyer by training, Terry started a law practice in Corbin, Kentucky after serving as the chairman of the Commerce Department at Cumberland College (now University of the Cumberlands).

In 1972, Terry and a partner started the first building block of his company – Hillcrest Nursing Home in Corbin. Today, his company owns nine health and rehabilitation centers in southeast Kentucky.

In 1985, Terry and other investors founded Tri-County National Bank with $1.5 million in assets. Today, Forcht Bank has 26 locations with over $1.2 billion in assets. Terry’s holdings also include newspapers, 25 radio stations, a finance company, a pharmacy, three insurance companies, a construction company, real estate, and other businesses.

He and his wife of over 60 years, Marion, have generously donated several major gifts to the community. These include $4.5 million to build a wing at Grace on the Hill Church in Corbin, $3 million to establish the Forcht Center for Entrepreneurship in the School of Business at the University of Louisville, and a $300,000 contribution to complete the murals in Frankfort’s Capitol Rotunda.

Among the many awards Terry has received over the years, he was inducted into the Kentucky Entrepreneur Hall of Fame in 2012. 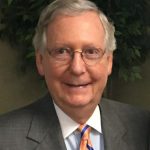 ““Terry Forcht’s life contains many lessons, and not only for those who wish to succeed in business.” 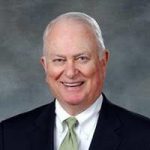 “Terry Forcht is one of the great Kentuckians
of all time.” 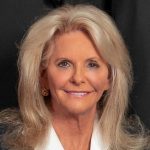 “If I were to describe the reason for Terry’s success in one word, it would be ‘tenacity’. He never gives up.” 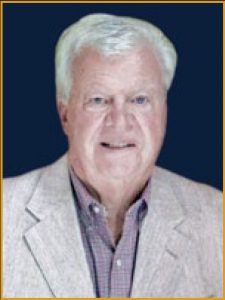 Gary P. West is a native of Elizabethtown, Kentucky and attended Western Kentucky University before graduating from the University of Kentucky with a journalism degree. For twelve years he was the Executive Director of the Hilltopper Athletic Foundation at WKU and provided color commentary for Wes Strader on the Hilltopper Basketball Network. In 1993, he became the Executive Director of the Bowling Green Convention & Visitors Bureau. He retired from there in 2006 to devote more time to his writing. This will be his twelfth book. 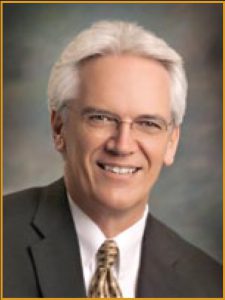 Eddie Woodruff is Chief Marketing & Communications Officer for the Forcht Group of Kentucky. Woodruff is originally from Morganfield, Kentucky, and holds a B.A. Degree in Communications from Western Kentucky University and a Master’s Degree in Management from Brescia University. He began working for Terry Forcht in 2007 after a career as a radio station General Manager, bank Marketing Director, and the Co-Owner of an advertising and public relations agency in Evansville, IN. His insider knowledge gained from working with Terry Forcht on a daily basis gives readers a unique perspective on the man and his businesses.